From Geohashing
Jump to:navigation, search
Note: This expedition used an old version of the Geohashing algorithm before the 30W Time Zone Rule was enacted.

There must have been a better way 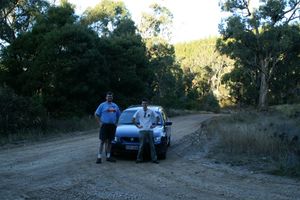 The location was programmed into three GPSs, a car navigating one, a less clever one that doesn't think you should be on a road, and a mobile phone. The car GPS took us down road after road, each one more rutted and rocky than the previous. We opened gates, dodged boulders, and made our way to an erosion gully we couldn't cross.

We tried another way - we had to drive on a bit of road that the GPS wouldn't believe was there. It was paved too. It was looking good. We got within 20km of the point and considered walking from there. We decided to carry on by car - Google Maps had shown a rather simple drive that looked like it should be on fairly major outback roads - the car GPS showed a way that was all on yellow-coloured roads (map speak for "Major road"). 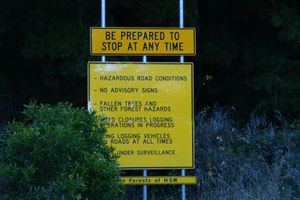 We dodged cows, sheep and four wheel drive vehicles. We reached gravel road. Dirt road. Then we came to a sign. It was past 4:00. The sign clinched it. So we didn't make it. But I'm sure there was an easier way. Google maps showed what I'm sure was a different way to go.

Moral of the story: Check paper maps before you leave.

We didn't get a chance to play dominoes.

Oh, and yes, there was an easier way. Google maps shows it. Thank Ghu for Google. Psud will try again tomorrow.

Actually he won't. When calculated correctly - with Sunday's date and the most recent Dow price, all nearby spots are not much good, so Psud's going to brew beer instead. Beer is to be bottled in preparation for the first occasion when the spot lands in Canberra or her suburbs. 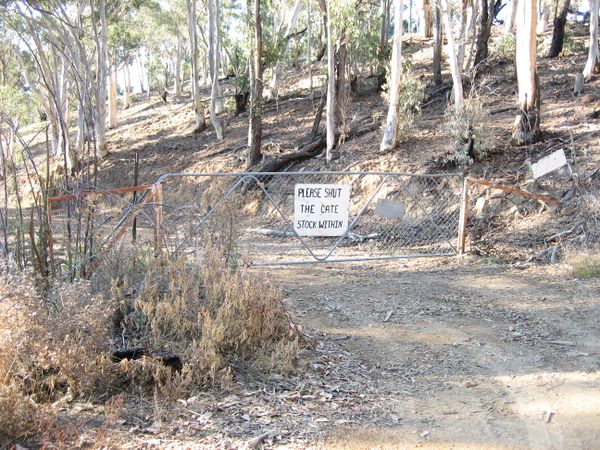 Gates to stop the sheep and cows getting out 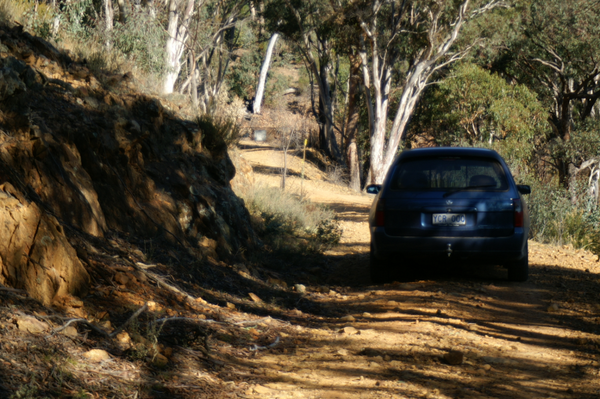 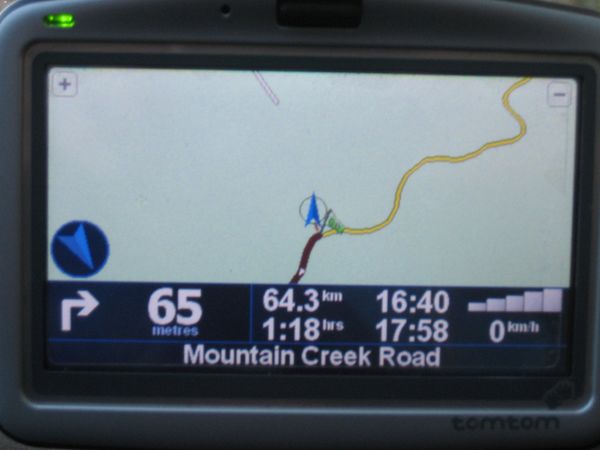