The hash is in Sövdeborg, quite near the Sövdeborg castle. Looks like we can get somewhat close, but it might be on someones property, and also in bushes... 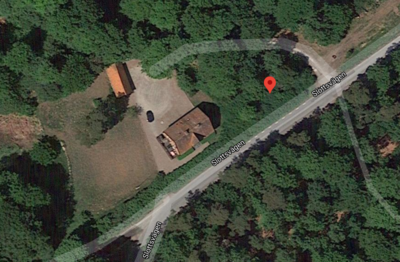 We'll take the car out for a spin, leaving Malmö around 12:30. We should be able to find parking by the castle and then we'll go by foot the rest of they way.

The castle was a dud. The road leading up to it was not a public road and with nowhere else close to park we ended up stopping for a minute on the side of the road by the (private) road leading up to the land of the hash just get as close as possible. I took a screenshot of the geohash droid app, however asking Google Assistant to take a screenshot apparently doesn't actually save it anywhere, so that was lost.

With no place to park and eat our lunch, we drove north a bit to Sjöbo and had our lunch in a small foresty patch in the town.