Almost in a ditch between two fields close to the highway, Ploegsdijk, Brecht, Belgium

Jump on my motorbike after work (jumpstarted it on Monday, should still work), find the ditch (ETA 17:40), take a picture, go see my parents.

My motorbike started (so that was quite a good start). I left Antwerp, avoided some deviations and taking a somewhat more scenic route: the geohash is not too far from a canal and I got to ride alongside said canal. (see photos) I hadn't completely planned the route as it is in an area which I somewhat know. Of course this meant I didn't take the right turn in the end so I passed the geohash at first. Took out my phone, drove back a bit and quickly found the right ditch.

As the exact location was in an open field I decided I'd just walk in. After about 10 minutes (I was still pacing around to find the exact coordinates) a car parked right next to my bike. "Any problems?" The farmer was wondering what I was doing on his land, but i quickly pulled out my geohashing poster of the day and explained I was playing a game.

"Oh, a game? Then do continue." Was about everything he said, apart from the remark that the little map on the poster looks really convenient and took off again.

I took a silly picture of myself and drove off to the village where I was born and raised. Before dropping by my parents I decided to visit a friend who is also a part time wine farmer to see if he had already bottled anyhting. He hadn't but had a brew which was ready to be bottled: elderberrywine. We bottled it together and I continued to my parents. Had a nice chat and then drove back. (as I practically passed my sister's house I stopped there as well to say hi) 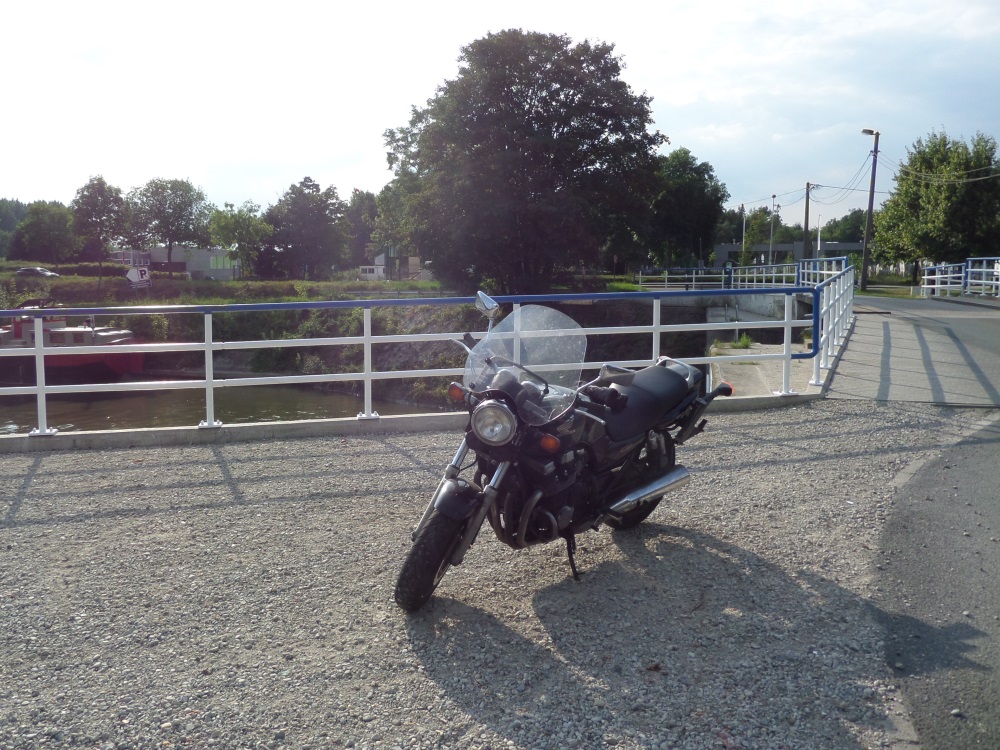 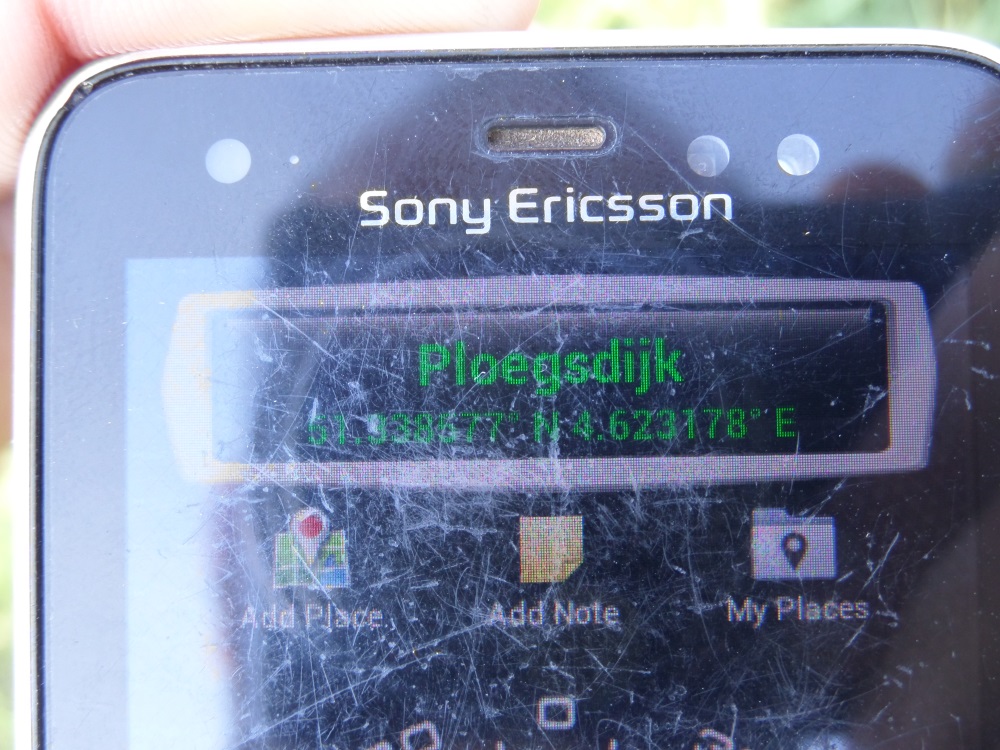 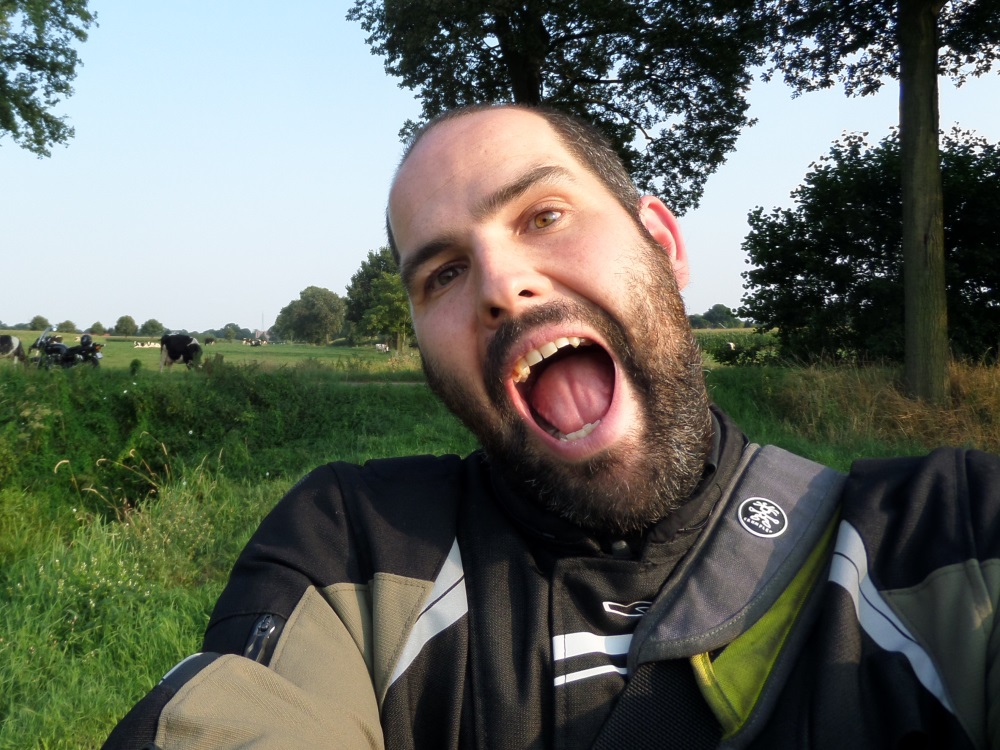 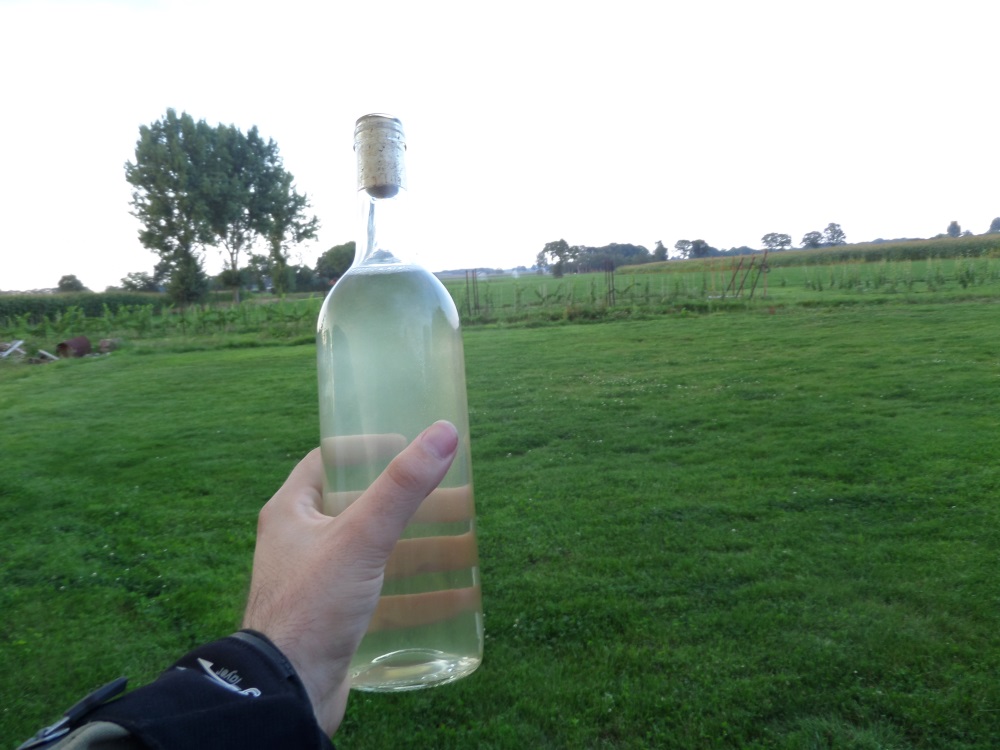