In the West-Pasila [1], easily reachable by public trafic 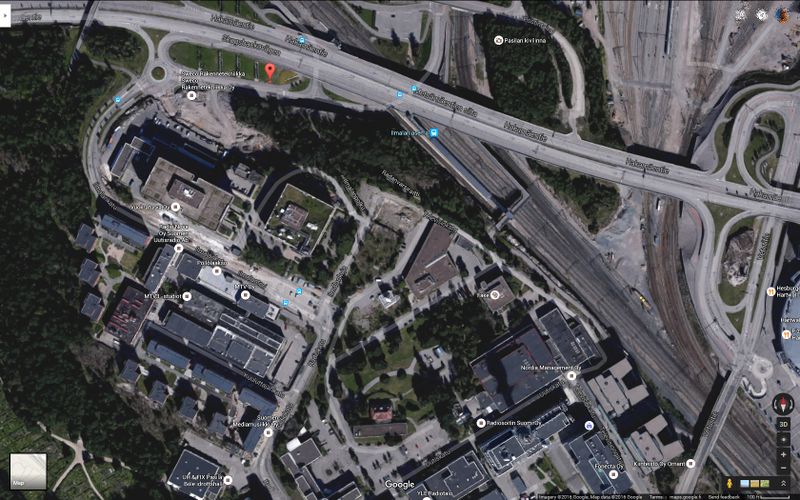 Tilley's plans: Will attempt this today, but I can only make it after work, around 18 pm. That's probably too late for you, PPP?

I set out after work about 17:50. On the way I couldn't resist the nice forest trails and cliffs in the Central Park of Helsinki and I circled around a bit to tackle those. And there were raptors, too, lurking in the forest, only 200 meters from the hashpoint! They ambushed me and I barely managed to escape with some wounds. See pictures for proof. 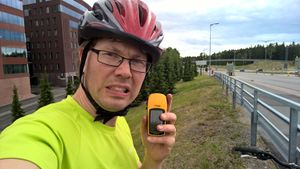 This time the grin is really grim.

The hashpoint was found easily. It was on a steep slope of grass, built there for the purpose of the elevated road. My GPS pinpointed me to almost to the top of the slope, although Google Maps suggests that the point would have been on the bottom of the slope. Actually you can see that in my "grin of agony" -picture GPS shows 19 meters to the point, although the previous GPS close-up shot of 1 m was taken at the exactly same spot. Nevertheless, the point was definitely reached, because I climbed the slope from the bottom to the top. I took some photos and continued to my place of stay in Leppävaara to tend to my wounds.