A paddock south-west of Thorpdale.

Another great hash from Matt. He noticed this on Saturday morning, as per the below Gchat corrospondance, and sure enough, he got it.

Steve Bennett, Sat 10:15:
Another good one for you on Monday, Matt

I arose early and was on the road shortly after 7. Most of the route followed my hash from 2021-10-08, up the peerless Coalville Road (cows still asleep in the fog), climbing out onto McDonald's Track, around past the magpie conference and the (site of the) tallest (flowering) tree, and onwards.

It wasn't until the turnoff to Allambee South that my route diverged, and instead I stayed on McDonalds track until Chute Road that would take me past the hash.

It ended up being a bit further than strictly necessary to get to the hash, but it avoided much backtracking and gave me a bit of extra exercise.

The hash was ridiculously easy, there was a convenient unlocked gate and the paddock was empty. A brief stroll to the hash point, and it was down the hill to Thorpdale to stock up on pies I'd take home for dinner.

Matt at the hash video 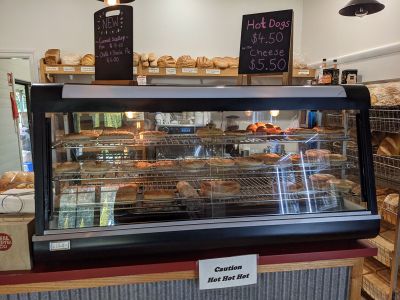