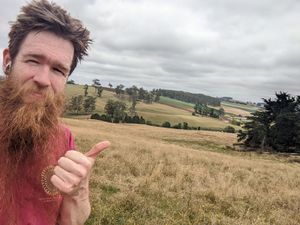 Matt at the hash.

In a field near Thorpdale

This time of year, it's wise to add a few minutes to any ride along Coalville Rd in order to pick and eat the plums that grow on the roadside verges and are now at their ripest. Beat the birds to a laden branch and take a handful or two, and feed them to yourself one by one as you roll along, spitting out the pips as you go.

Not sure if it was the plums or the residual energy of last night's tiramisu, but it seemed like no time before I had climbed up to McDonalds track, turned down a side track, and was drawing near the hash. It was in an unoccupied paddock on the side of the hill, a mere fence vault and a short walk away.

Having reached the hash, I opted to return home via an alternative route, taking a couple more hills in on the way. 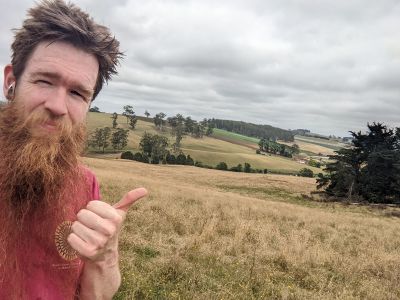