The Birmingham graticule is at latitude 33, longitude -86.The graticule contains most of the greater Birmingham metropolitan area, except for the extreme western suburbs. In addition, it extends northeastward to the outskirts of Gadsden, Alabama.

The southern end of the Appalachian mountains extend into this graticule, making some spots difficult to reach, if not totally inaccessible.

14 Dec 08 Today's site looks totally reachable. It's right off Slab Hill Road in Calera. It looks like a nice area to just hang out, even if it is a bit chilly. --Cougar Draven

26 Jul 08 Saturday Meet-up for our Graticule isn't going to happen at the calculated coordinates. It falls in the middle of the Childersburg Army Ammunition Plant grounds! --N76Lima

23 Jul 08 Another good one to hash from the air! On the east side of lake Martin, in an area that doesn't look approachable via roads. A boat and then some hiking look to be the only way on the ground. <sigh> --N76Lima

21 Jul 09 Today's site is in the woods between Sylacauga and Alexander City. Doesn't look promising for a week day hash. --N76Lima

20 Jul 08 Today's site is only a couple miles from yesterday's but it looks wooded on the satellite view. --N76Lima

19 Jul 08 Site Hashed! Made it there about lunch time. Mrs. Killingsworth, the nice, older lady that lives there, just could not understand why "the internet" was sending people to her house! --N76Lima

1 July 08 Today's site is about 1km South of Hwy 25, just west of Calera. It appears to be in the open from the satellite view. --N76Lima 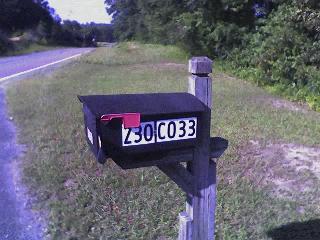 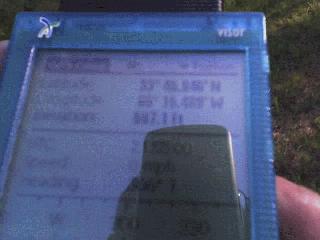 Sunday 29 June 08 This may be the easiest access to a hash site we have had, yet! It is in a Trussville housing development. Go South at the Main Street traffic light in downtown Trussville on S. Chalkville Rd. -- after Queenstown Rd. intersection the name changes to "Roper Rd." It is only a couple miles to the subdivision. BE THERE!! Update: Skunked again! Nice homeowner gave permission to cross his lot into the woods behind the house. Quickly became as yesterday, no machete, bug repellent, etc. prevented penetration into the brush. Best access is off Scenic Ridge Dr., unless you want to hike in along the railroad tracks from out at Roper Rd. --N76Lima 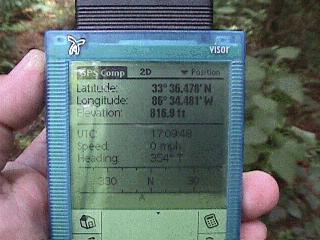 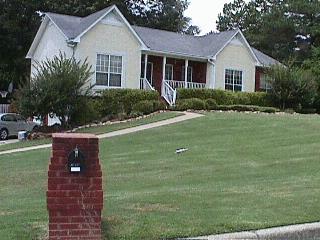 Saturday 28 June 08 Today's site looks VERY reachable, off AL 174 between Branchville and Pell City. It appears to be nearly on Hearth Stone Dr. Update: Well, not exactly. Got within a couple hundred feet of it, but it is densely wooded. Bring a machete and your mosquito repellent. :-( --N76Lima 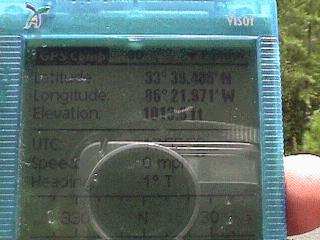 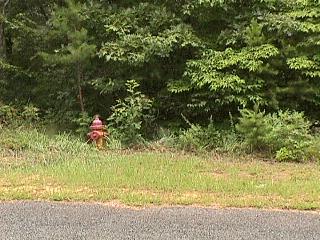 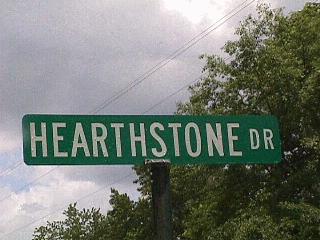 27 June 08 The hash site is almost within sight of the 23 June site at Logan Martin and I-20. This time it is on the North side of the freeway, and best accessed from Exit 158 and then going East towards the water. Looks like some residential development in the area, so it might be an easy walk from the street into someone's yard. The area looks cleared of trees on the satellite view. --N76Lima

26 June 08 Today's hash site is local to Birmingham residents. A little bit of tromping through the woods looks to be needed. Just off I-459 (Hwy 280 exit is closest), possibly in a creek bed. --N76Lima

25 June 08 Today's hash site looks very reachable. Just off I-65 at Mt. Olive Rd, it appears to be in a residential subdivision less than 3 blocks from I-65. --N76Lima

Retrieved from "https://geohashing.site/index.php?title=Birmingham,_Alabama&oldid=66032"
Categories:
This page was last edited on 31 July 2013, at 23:51.
Privacy policy
About Geohashing
Disclaimers