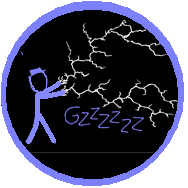 It may make you feel better about your technological fiasco if you use this template to put a ribbon on your user page.

If you can manage not to screw that up too....

Claim this consolation prize if you travel to the wrong point, or run out of time to get to the right one, because of a technological error. Typically this would be entering the wrong point in your GPS, tracking direct-to the wrong waypoint, pressing the wrong button and deleting the waypoint, or otherwise making a GPS user error. Starting with the wrong data because of entering the wrong date on the website, transposing numbers, or otherwise mucking up the technology also qualify. The correct "Not reached" category for the expedition report will often be Category:Not reached - Technology.

Found a novel way to mess up GPS navigation, or just want more sympathy for your failed expedition? Link to it here.

Retrieved from "https://geohashing.site/index.php?title=Blinded_by_Science&oldid=92293"
Category:
This page was last edited on 6 August 2019, at 15:42.
Privacy policy
About Geohashing
Disclaimers