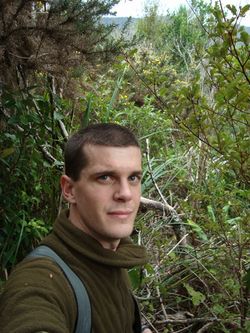 I was flicked a link by Greenslime about this game at the beginning of 2010 and i've been hooked since. Now everyday i find myself looking to see where my local hash falls. This is an awesome random adventure generator and when ever we go for road trips around our skinny little island we have a go at any hashes in our path, at this stage at least any that don't land in water. Turns out most are either in the water or private farmland or in dense bush, but that just makes it more challenging right?

Nothing yet, but i'm looking!!

I'll up date this some day..

JimmyNZ earned the Tale of Two Hashes achievement
by meeting the challenge by JimmyNZ to geohash in New Zealand going to the (-36, 174) geohash on 2010-01-24.

Retrieved from "https://geohashing.site/index.php?title=User:JimmyNZ&oldid=304533"
Categories:
This page was last edited on 28 September 2012, at 08:35.
Privacy policy
About Geohashing
Disclaimers