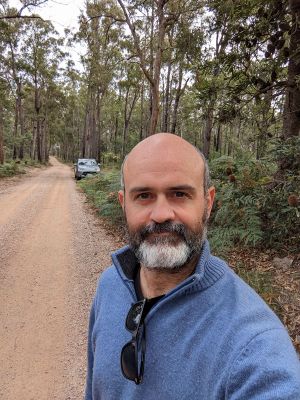 On a road near Lake Tyers.

Rob and family have been staying at their time-share near Lake Tyers/Lakes Entrance. When we (this is Felix Dance reporting) sadly realised a good, nearby geohash was embedded well within someone's house and despairing, Rob noticed that the hash near him was actually quite accessible.

Due to having to spend some of the route along the Princes' Highway, Rob decided to drive.

He parked the car near the hash and proceeded along the road on foot (judging from the photo sent in to demonstrate his success).

Near the hash he encountered some interesting flowers later identified as Common Heath.