In a sheep field under quite a big tree just off a very small country lane. The nearest village was Elsing and the nearest town East Dereham.

Sourcerer (Neil) was in the area and decided to make a small diversion, by car, to take in the hash point. After several days of bad weather, the sun came out and it was a pleasant evening. On the journey home there was a river to ford. After the heavy rain it was in flood. An accidental wrong turning resulted in a glimpse of Ketteringham Hall. The countryside looked fresh and washed in the evening sun. Nice!

Neil failed to obtain the Speed Racer achievement. The hash point was close to but not on the road. There was no way the legal speed limit could have been reached on the narrow winding lane. 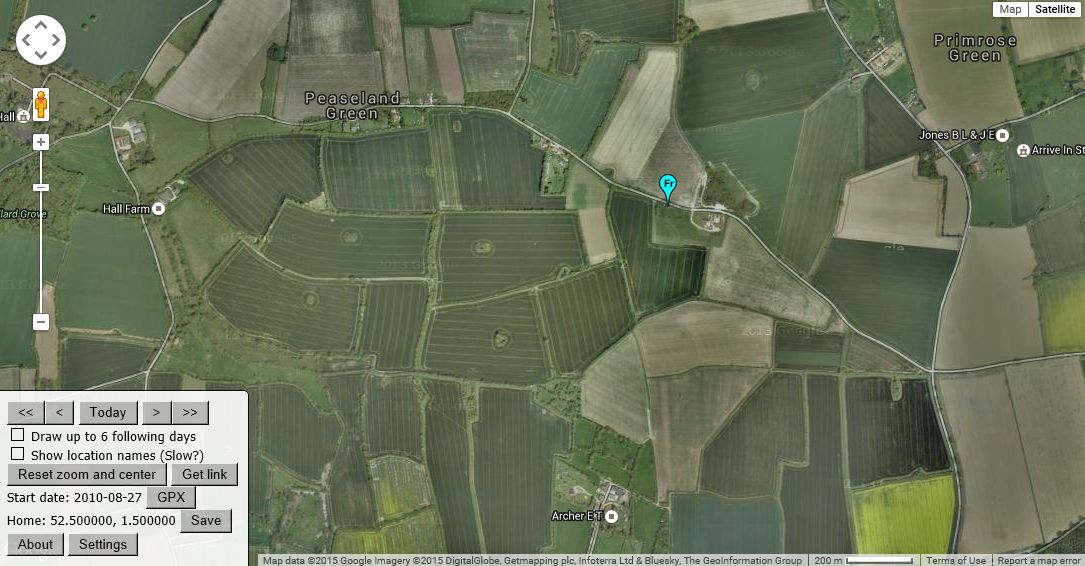