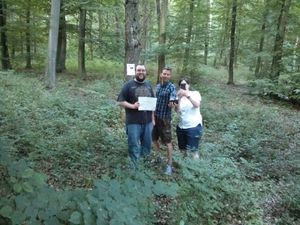 In a forest next to the village Uzsa.

We are planning to attempt the globalhash later in the afternoon. We'll also try to do the 2015-07-21 47 16 geohash, as it seems to be easily accessible and is not far off of our way to the globalhash anyway.

The hashers planned to meet at the hashcave around 4:30pm as the whole trip would probably take 5 to 6 hours and they wanted to get back to Vienna at a decent time. Crankl and B2c arrived early and went to buy some snacks and drinks. After gassing up the car they drove to the nearby subway station to pick up Micsnare and Patrizius. The sun was burning down on them at a whopping 35°C (~95F) as they started this little adventure, leaving them hoping the AC would pull through. After they made their way out of Vienna in the afternoon rush hour, they turned onto the A3 to Hungary. A 'collateral' hashpoint fell a couple kilometres short next to the border near Klingenbach. As it was located only some hundred metres next to the federal road the hashers had no excuse to pass it up - check the report here: 2015-07-21 47 16.

After being burnt to a crisp while cashing in the 47,16 hash, they gladly jumped back in the rolling fridge (aka hashmobile) and drove back to the federal road towards Hungary. From there on the ride became pretty bumpy, as road conditions deteriorated quite quickly the further they drove towards the globalhash. After taking another break at a gas station, witnessing a horrible car crash and overtaking tons of tractors, they finally arrived at Uzsa - a small village located in the vicinity of the forest the globalhash was located in. They found a nice parking place next the road, jumped out of the car and were immediately swarmed by bird-sized mosquitos. What a nice place for a globalhash!

Luckily for them a trail led straight through the forest the globalhash was located in, so they managed to reach it after a couple of minutes and without much ado. Crankl stapled some hashposters to nearby trees, Patrizius took some photos, Micsnare posed and B2c was the living mosquito magnet, it seemed. After confirming their position on various GPS' devices they fled the forest and headed back to Vienna. After stashing the car they enjoyed yet another hashbeer at their favourite pub. Cheers! 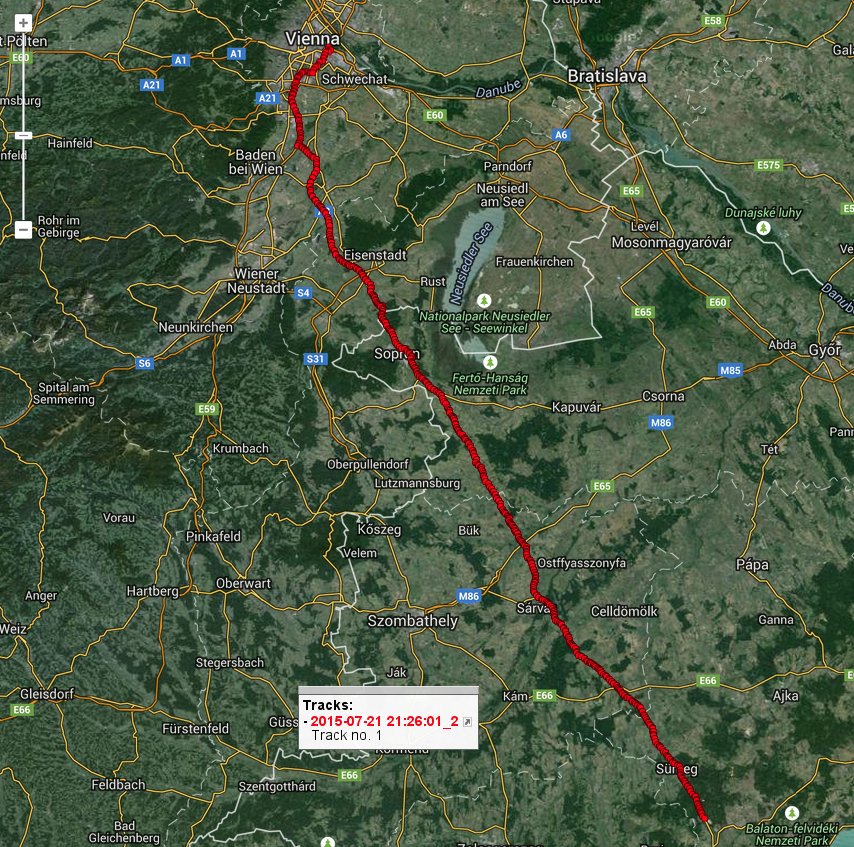 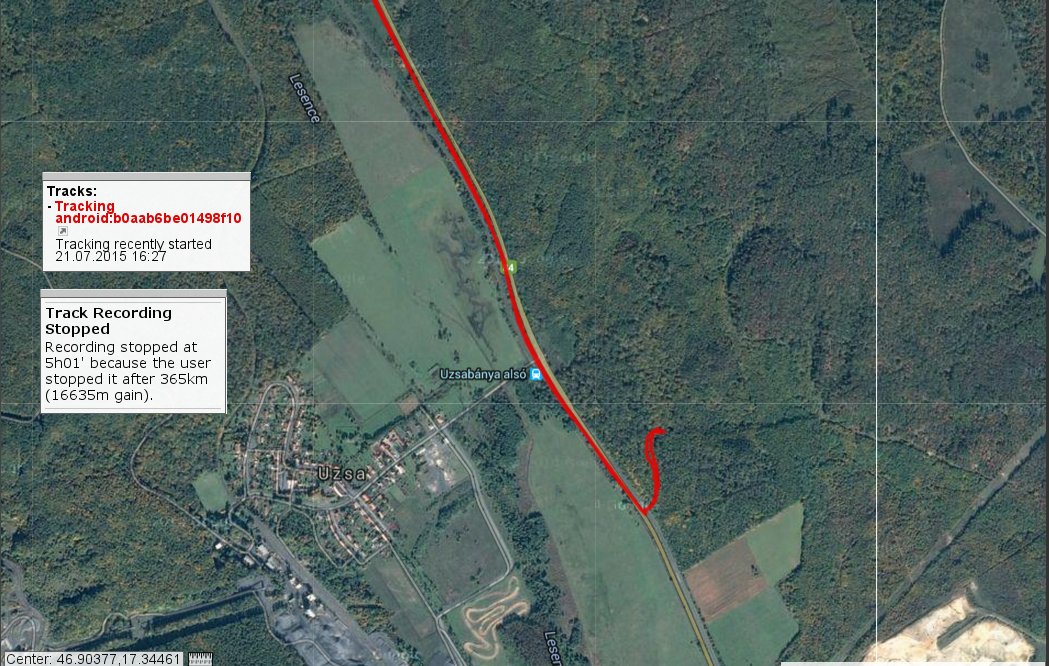