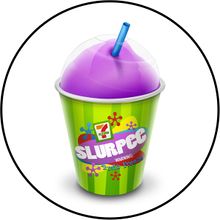 GeoSquishies are the perfect complement to any geohashing adventure. Whenever the geohash location falls within 5km of a squishy vendor simply stop by and pick up an ice cold frozen carbonated beverage (affectionately know as a squishy by the geoSquishy team) to enjoy when you finally reach your destination. Here are the templates. Select the one that matches your expedition.

Template:GeoSquishy Night - Make a geoSquishy run between 10pm and midnight.

UPDATE: The geoSquishy system has been changed to remove all vendor specific requirements in order to better reflect the intended spirit of geoSquishies. Please note that ANY kind of squishy has the potential to be a geoSquishy.

Banners are available for these achievements.

Additional points may be earned (up to a maximum of 7 points total) for geoSquishy runs under special circumstances. Each condition which is met earns one point, and also earns individual achievements. Possible special circumstances are listed below and reflect ideal squishying conditions: drinking a squishy in the late night rain, illuminated by a rolling advertisement sign.

The following list includes a few of the possible squishy vendors (Please update this list with your local vendors).

Retrieved from "https://geohashing.site/index.php?title=GeoSquishy&oldid=53871"
Categories:
This page was last edited on 5 November 2018, at 05:36.
Privacy policy
About Geohashing
Disclaimers