The St. Louis graticule is at latitude 38, longitude -90. It includes the St. Louis metropolitan area as well as parts of Franklin, Jefferson, and St. Charles counties.

The first so-called "activity" was on May 25, 2008. It was done by Drew and Mike. Nothing happened, we were just bored. For the record, this was not a full-fledged meetup. It was just something to do.

Total Solar Eclipse in the Southern area of the graticule August 21st, 2017. 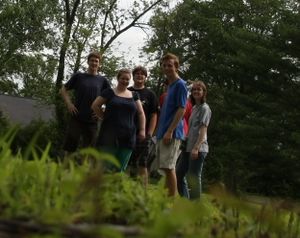 NOTE:The first successful expedition was claimed by an unknown individual, who never provided any evidence. Thus, this Virgin graticule award could be disputed.

2009-06-13 Diceman plans on being there. Perhaps with my wife (She might not find out that "the internet decided where we will go" until we actually get there.) It looks like this weeks Hash is right next to a creek in JeffCo.

2011-08-20 - Drew has planned to be there with some friends as well as posting it on Reddit to get others out there.

Retrieved from "https://geohashing.site/index.php?title=St._Louis,_Missouri&oldid=14470"
Categories:
This page was last edited on 6 September 2018, at 17:59.
Privacy policy
About Geohashing
Disclaimers