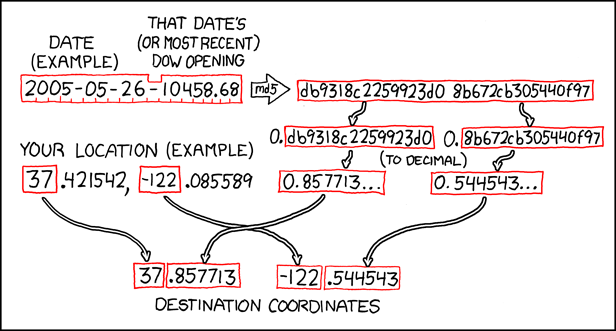 Retrieved from "https://geohashing.site/index.php?title=Geohashing&oldid=33992"
Categories:
This page was last edited on 26 July 2016, at 00:26.
Privacy policy
About Geohashing
Disclaimers