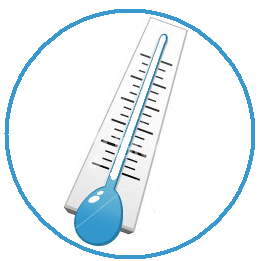 This achievement may be taken by any geohasher or group of geohashers who reach the actual coordinates and document a colder temperature than the previous record holder. The best way to document this is by having an actual thermometer in the picture, but a weather report showing the daily high for a nearby location to be below the previous record is acceptable if it beats the previous record by more than five degrees.

As the first winter of geohashing moves across the northern hemisphere, expect this category to be hotly contested. Or coldly contested.

If your geohash was cold, but not as cold as the record holder, you may qualify for the Frozen Geohash achievement.

Retrieved from "https://geohashing.site/index.php?title=Cold_geohash_achievement&oldid=97649"
Category:
This page was last edited on 19 August 2019, at 09:16.
Privacy policy
About Geohashing
Disclaimers