PBGH (Play By GeoHashing) games are games in which you play by visiting hashpoints for your moves.

The concept is modeled off of Play By Mail or Play By E-Mail games, in which certain games (particularly chess) were played by people mailing their moves to each other. This allowed people who lived a long ways away from each other to play each other. For play by geohashing games, it provides some added fun and friendly competition into geohashing. These games can be expected to last a long time, since only one move can be made per player per day, and games will typically last many turns.

PBGH games should include the following: 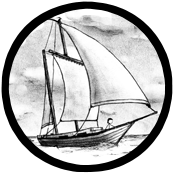 Your visited hashpoints (more specifically, which centicule they fall into) translate into missile shots at your enemy's ships.

Calculating shot locations: You can use this handy-dandy template to do it for you, look at the table below:

If you want to do the calculations yourself, because you don't trust template witchery:

Use the signed offsets generated by the geohashing algorithm:

1. Multiply by 10, and take the integer part, preserving the negative sign, even if 0

4. The lat is the number, the lon points to that letter of the English alphabet

There is also a template which will calculate the battleship coords for you:

Now to get the ribbons actually made.

Should we call it "nomic" or "1000 blank white achievements"?

Claim the Calvinball achievement when you as an individual or a group have reached a geohash while following all the rules below. Then add a rule to this list. The game continues, until it becomes impossible to continue following the rules. Any player may at any time claim that it it is impossible to follow the rules, in which case the player who set up the last rule must prove the contrary. If they are able to do so, the game continues, and they add another rule to this list. If they are unable to do so, their achievement is replaced by the "Lost at Calvinball achievement" and the rules are reset to only the first rule. No rule may ever be reproposed. All other players get to claim a "Won at Calvinball achievement".

This is a work in progress, and comments or suggestions are welcome on the Talk Page.

Suggestion: This should be an easily-identified area, e.g. the northeast quadrant of your home graticule. The area of a half-graticule is ideal, but a 20 mile / 50 km radius may also be agreed upon (since you can get a distance from online maps
You can have a strike zone that crosses parallels/meridians, but should overlap your home graticule unless you're a masochist. :-)

Things that still need to be addressed

The graticule is divided into an agreed-upon grid, and each successful expedition is considered a "hit". An example dartboard is shown below, although players may also define their own depending on the specifics of their own graticules.

Notes on board and turn definition:

This is roughly based on the layout of an official dartboard. The decimals on the edges represent the limits of each sub-box within the graticule. For example, if the day's geohash decimals were (0.179468, 0.861536) then the point would fall in the (0.00-0.26, 0.85-0.90) box and a successful expedition would score 9 points. The bull's eyes may be arbitrarily placed to coincide with interesting places in the graticule, such as within a city's limits or in a specific state park. Keep in mind that the smaller the bull's eyes are defined, the less likely they are going to be available for throwing a dart at. The Inner Bull defined below has a 0.55% chance of hitting, meaning it will be available for an expedition, on average, once every 6.5 months or so.

Possible achievements related to this game:

Retrieved from "https://geohashing.site/index.php?title=Play_by_geohash&oldid=775383"
Category:
This page was last edited on 27 February 2021, at 23:08.
Privacy policy
About Geohashing
Disclaimers