WARNING: This user is one of our infamous bot lords. He maintains AperfectBot, the dumb ape that keeps the current events page up to date with the latest in geohashing expeditions. It also updates the expeditions lists on date pages, and makes expedition lists for users upon requests. He can often be heard muttering about the varied stupid behaviors the dumb ape periodically makes. 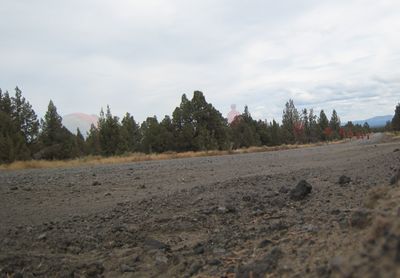 I have relocated to Portland, Oregon. I live very close to the western border of the graticule, so will likely go hashing in McMinnville, Oregon just about as much as Portland. I frequent the IRC channel as aperfectring, and apr.

When I May Attend

I am maintaining the Notification program, notes here: User:Aperfectring/Notification

I am maintaining the bot which automates the creation of the list of upcoming geohashing expeditions, and user-specific expedition lists.

I came up with an idea about a website which will display a random geohashing picture. This now has its own page here: User:Aperfectring/Random_image_page. I haven't really been working on this, and probably won't take it any further.

A project with relet to make the pygeohashing library more complete and extensible. If you are interested in improving how this library works, and adding functionality to it, let relet or myself know!

Q: Why did you have a lot of expeditions in Florida back in olden days?
A: I used to live there. In August/September of 2009 I moved to Oregon. In fact, I even have a geohash from the move in my list. Its the one in Colorado.

Q: What prompted you to move so far?
A: I firmly claim that it was completely geohashing related, and if reality doesn't agree, then it is reality that is lying to you.

Q: I like the bot(s) you have created, but would you add the ability to do <new functionality>?
A: The best place to ask for <new functionality> is on the bot's talk page. I will make comments on it there, and if I like it, I will add it to the TODO list.

Q: Why do you have an unhealthy hate of apes?
A: Ask that bloody dumb ape User:AperfectBot. I'm willing to bet the hate is mutual.

Q: You really seem to hate apes a lot, you know?
A: You would hate them too, if they tortured you as much as they do to me.

Q: Has anyone ever actually asked you any of these questions?
A: That's it! Interview over! /me storms out of the wiki.

Geohashers listed chronologically. Only geohashers which I have expeditioned with are included in the list. Success is not a barrier in counting them as met.

Graticules by attempts and coords reached

I usually have more pictures from the expedition, and usually have higher res versions of all the ones on the site, just ask.

This table is automagically created by User:AperfectBot. Find out how to set one up for yourself here.

These are arranged by color coding first, and alphabetically by achievement name second. I will only claim an achievement once with the following exceptions:

Aperfectring earned the Speed racer achievement
by passing through the (26, -80) geohash on 2008-12-06 at the maximum legal speed.

Retrieved from "https://geohashing.site/index.php?title=User:Aperfectring&oldid=827556"
Categories:
This page was last edited on 17 January 2022, at 15:05.
Privacy policy
About Geohashing
Disclaimers