CS student, open source aficionado and Debian volunteer (though I currently lack the time to do much for them), originally from Hannover but studying and living in Berlin for the time being.

Other commitments have left me without time for geohashing during the last months, and I guess it's going to stay that way for a few more, at least at those times of day when everybody else is hashing. That said, I'm always open for meetup suggestions in 52,13 and surrounding graticules and will try to bend my schedule around that. In the same vein, I should be back on IRC now (finally added Foonetic to my autoconnect list), but please expect initial ping times of several hours. However it's nevertheless the ideal way of letting me know when my tool is down again!

When I'm not hashing, I reverse-engineer binaries (although I must admit that I'm a x86 sissy, with only minimal m68k, ppc and sparc experience), administer a mid-size university lab or search the linux kernel for bugs in the network stack.

Plans for the wiki? Nah, not me. I'll just sit in my little corner, work on my regiohash tool now and then and be content and quiet.

Hessophanes earned the Speed racer achievement
by passing through the (52, 13) geohash on 2008-09-19 at the maximum legal speed. 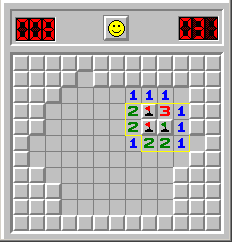 Retrieved from "https://geohashing.site/index.php?title=User:Hessophanes&oldid=108576"
Categories:
This page was last edited on 21 January 2010, at 16:57.
Privacy policy
About Geohashing
Disclaimers