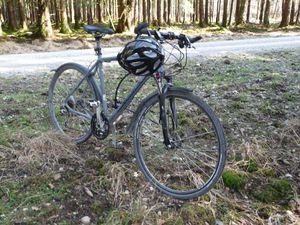 A geohasher from Munich, roaming the 48, 11 and 47, 11 graticules, mostly. Working as an MD, enjoying judo, cycling, trains, guitars, and other enjoyable things.

I'll gladly forward my adress to anyone seeking the hashcard achievement. Since I'm also aiming to get the achievement, I'd also be glad for any adresses / requests submitted to me.

Wow, that was a long break!

I generally tend to mention only the "firsts" of my achievements. If I repeat something I deem worth mentioning, I may post it multiple times.

The_T-Man earned the Tale of Two Hashes achievement
by meeting the challenge by Juja, Manu and Reinhard to geohash in München going to the (48, 11) geohash on 2010-04-10.

Retrieved from "https://geohashing.site/index.php?title=User:The_T-Man&oldid=292655"
Categories:
This page was last edited on 18 August 2018, at 12:53.
Privacy policy
About Geohashing
Disclaimers